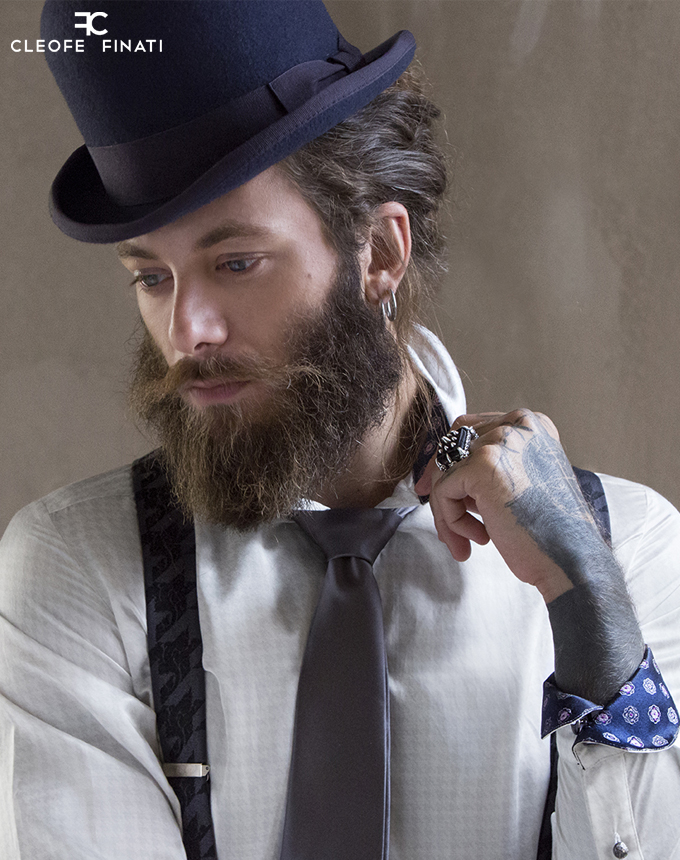 The tie is a distinctive accessory to men’s clothing. It consists of a strip of fabric that is knotted around the collar of the shirt, leaving its lower end on the chest.
The origins of today’s tie date back to the Thirty Years’ War (1618-1648), when the Croatian mercenaries of the Croatian Military Frontier serving in France, wearing their traditional knotted scarfs, aroused the interest of the Parisians. Because of the slight difference in pronunciation between the Croatian word for “croatians”, with the corresponding French croates, that particular scarf took the name of the tie.

Louis XIV began wearing a lace tie around 1646, at the age of seven, and imprinted it as a fashion accessory for the French nobility.
Fashion is spread all over Europe. Worn by the rich and the dandy, the tie has crossed the following centuries and continents, taking new forms.
In the second half of the 19th century, with the textile revolution introduced by the industrial era, its appearance is more functional, longer and narrower. Bonded seamstress tie, this accessory goes into history and remains today the basis of modern ties.
In 1926, Jesse Langsdorf, New York inventor, has the idea of ​​cutting the tie fabric diagonally, wrapping it in three parts. More elastic, the modern tie sees the light.
There are several tie knots:
The simple knot
The double node
Windsor knot
Middle Windsor
The small knot
The knot nods
Cleofe Finati plays this cult accessory in the ceremony and in men’s clothing according to its unique and inimitable style, presenting in the most special colors and fantasies, without sacrificing the excellence of 100% Made in Italy fabrics.