The Archetipo Team had the pleasure to interview Sam & Qing, one of the couples on the top list of the photo contest “Archetipo Brides & Grooms” edition 2014. We congratulate the couple to have reached the final stage of the competition and we invite Archetipo’s Blog readers to read their special story… 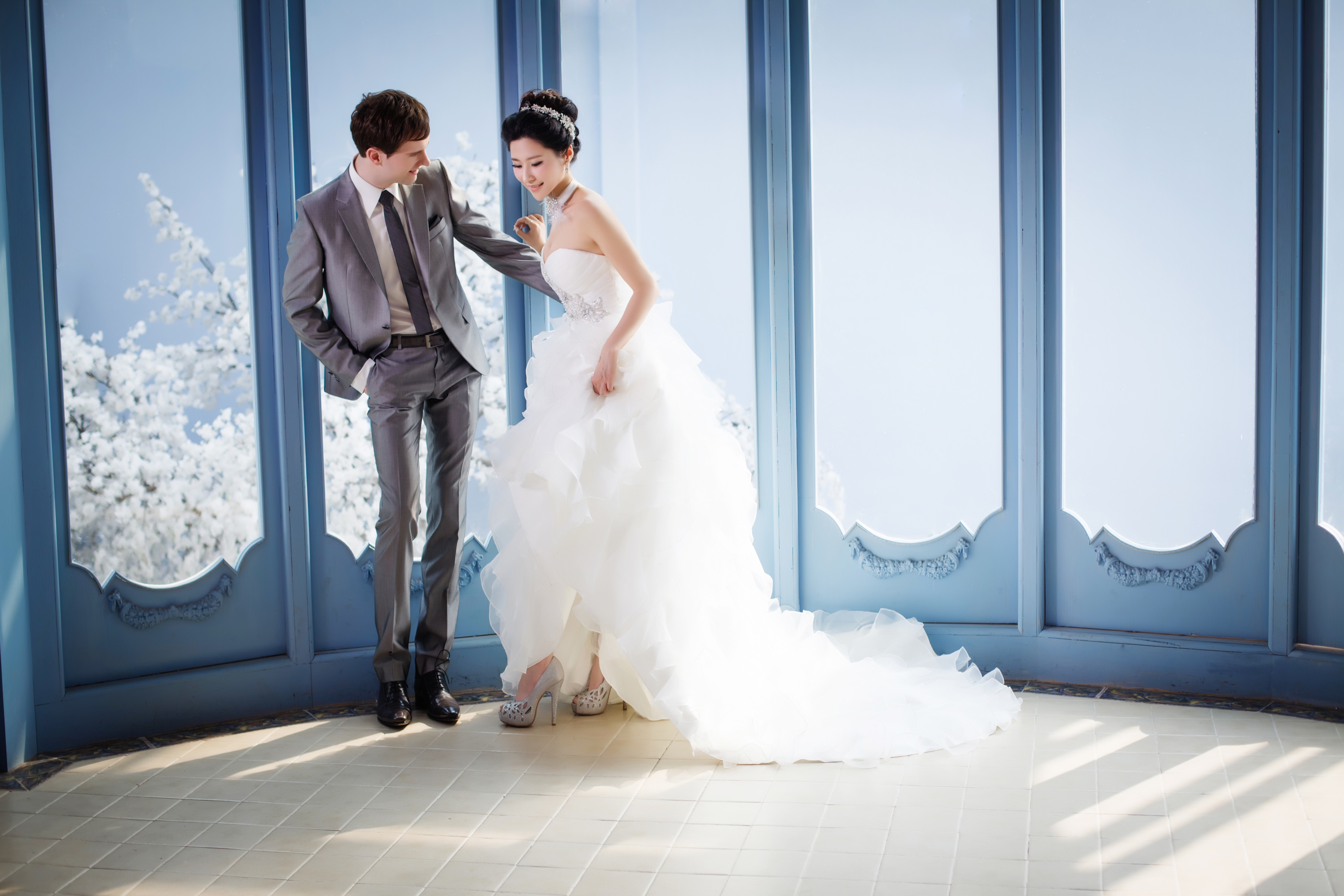 – Talk us about your first kiss, please
Our first kiss happened in Brussels during a concert in club Ancienne Belgique. That was also one of our first dates. We were attracted to each other already for quite some time and during this evening we made it clear to each other. We didn’t see much of the concert to be honest.

– Who did the marriage proposal to the other? And how it happened?
Qing: Sam bought a carefully chosen wedding ring with a diamond on top in secret. He was planning to propose whenever the moment was right, he carried the ring with him. While we were in a shopping center we passed a jeweler and decided to have a look. There Sam subtly asked my opinion about a wedding ring with about the same diamond size. I told him the diamond on it was quite small. Afterwards Sam bought another ring just the same only with diamond double as big ^^. With that ring he proposed on his knees next to our bed in the morning, waiting for me to wake up. When I woke up he proposed and I said Yes!

– Question for him: Which was your first thought when you saw yourself wearing your Arcehtipo’s suit?
“Finally!” I visited quite some stores, but no costumes were really that convincing, and of course I wanted to have a 100% certainty about my wedding suit choice. When my Archetipo suit was recommended by the seller, I immediately felt comfortable in it. The suit gave a modern stable feeling, with dignity, exactly what I had in mind and what is suitable for a marriage in my opinion.

– Question for her: Which was your first thought when you saw him with his Archetipo’s suit?
The cut fits him very well. The color looks very nice. A little bit reflection from the fabric under the light makes him shine too. I was completely attracted by my man standing there.

Will be Sam & Qing the winners of the contest?
If you like their photos, vote for them on Archetipo’s website