The Archetipo Team had the pleasure to interview Ivan & Elisa, one of the couples on the top list of the photo contest “Archetipo Brides & Grooms” edition 2014. We congratulate the couple to have reached the final stage of the competition and we invite Archetipo’s Blog readers to read their special story… 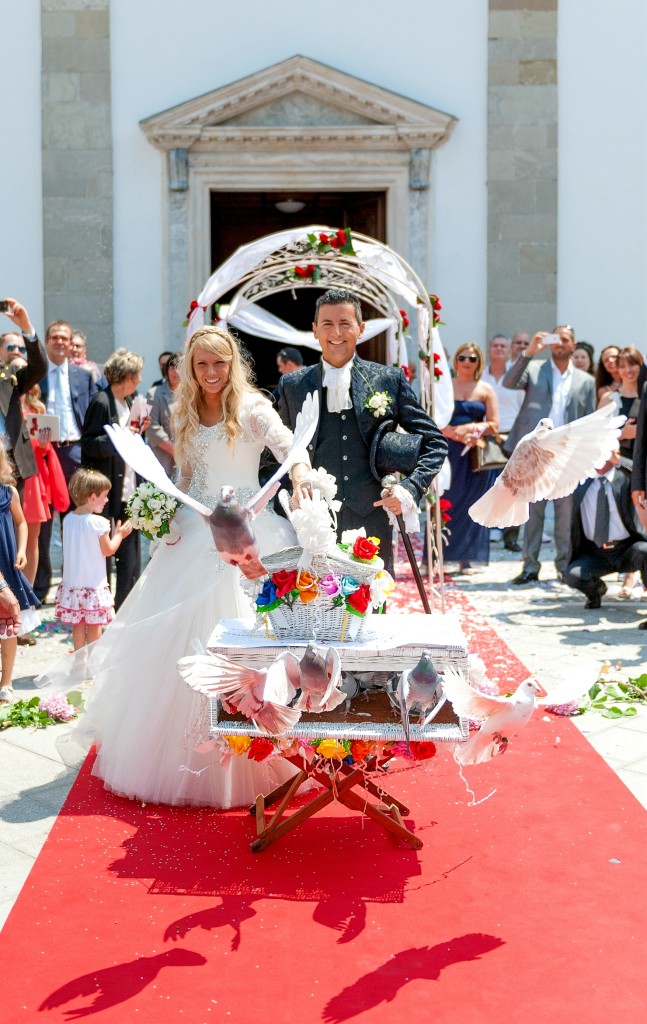 – Talk about your first kiss, please
Our first kiss really made us lose our breath that still we don’t know if it’s finished!

– Question for him: Which was your first thought when you saw yourself in the mirrow wearing your Archetipo suit?
I thought: why don’t they select me as model for the Archetipo fashion catalog?! 😉

– Question for her: Which was your first thought when you saw him wearing his Archetipo’s suit?
When I told Ivan that during the wedding day people have eyes only for the bride’s dress, he wanted to do everything to go against the tide, so in the following months he spent many time searching for the perfect suit!
My first thought when I saw it was: it’s beautiful !
That day Ivan caught all eyes. In my town they’re still speak of him and of his suit!
So to all the grooms who want to impress and leave everyone speechless i say that Archetipo is the right choice!

– And now dedicate a song to each other…
I dedicate to Ivan: Cuando me Enamoro by Enrique Iglesias
I dedicate to Elisa: Story of My Life by One Direction

Will be Ivan & Elisa the winners of the contest?
If you like their photos, vote for them on Archetipo’s website