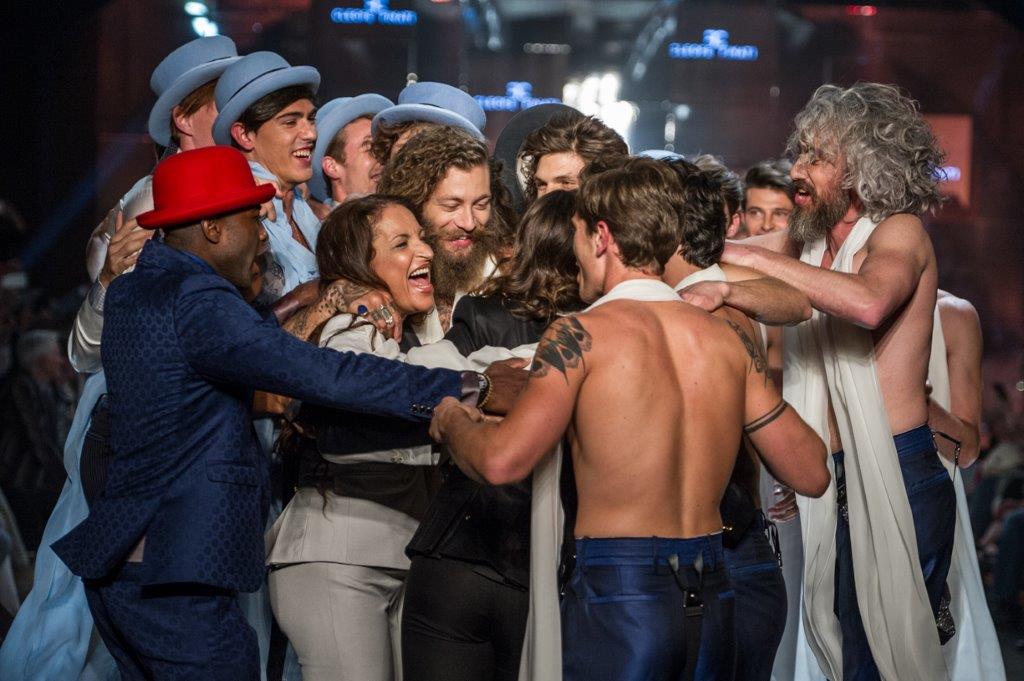 Dreamlike atmospheres those experienced at the fashion show Cleofe Finati 2017, by the emblematic name Òneiros, between dream and reality, held last May 22 at Si SposaItalia Collections. 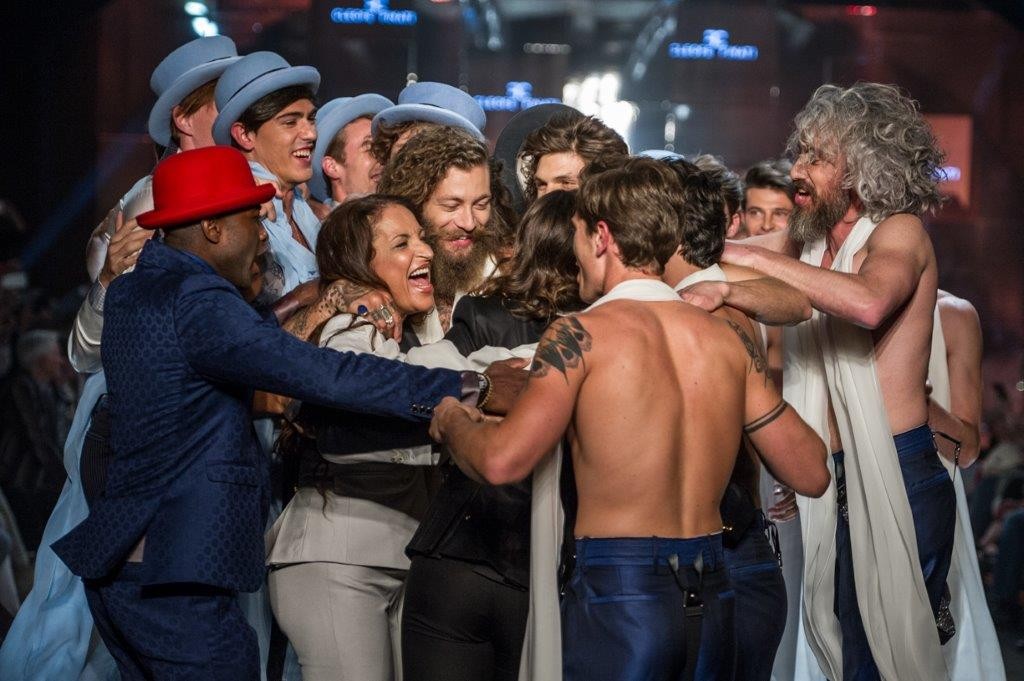 It’s the era of creative contamination, a promiscuous mix without barriers leading to the liberation of art and the most hidden fantasies.
The palette of the individual/artist is painted with new materials and techniques, resulting as freedom of expression of ideas made in the form of prints and patterns.
Morpheus leads us to a world of wonders, cradling our spirit and mind, in a dream in which the protagonists are dusty rose petals, floral designs by indefinite feelings, insects and colorful feathers, through networks and iridescent clothes.
Again Cleofe Finati presents stylistic innovations, art and color come to life in this year through Oneiros, which is both dream and reality, past, present and future, memory and vision. It is the deepest clarity that finds inspiration in sleep that leads to the transmutation.

There are four key elements that represented the trend of the new 2017 Collection on the catwalk:
COLOUR PLUME
It’s the balance of chaos, it is a return to the irrational elements that express the desire to reveal a hidden message. Sinuous lines and incisive drawing hearts and feathers that emulate ancient embroidery embellished with pearls and stones, and is in a non-explicit that appears a multitude of peacock feathers, absolute symbol of royalty, immortality and beauty. In the esoteric dimension of the peacock it alludes to the totality with the explanation fan of all the index colors of the cosmic deployment of the spirit. A perfect balance of elements that lead us back to what is the original shape of the feather, the symbol of the denial of obstacles and gravity, lightness and freedom of the more unconscious thought, reconciles the air symbols and the spirit of the sky, and the union between the material and spiritual world. According to Native American, the spirit of the birds is very present in the feathers so much to clean the environment from the negative energies. Feathers in the tradition of Native Americans were being given to the warriors as a symbol of nobility and grandeur and is used in weddings: the couple split a pair of twins feathers calls a symbol of protection of the sacred trust that they take toward each other.

CRYSTAL FLOWERS
It’s the transposition between the dreamlike and timeless reality.
Ice crystals suspended that tell about a surreal world where time has crystallized. We are lulled by a contemplative atmosphere and no maximum quiet time in which to feel safe. Crystal structures that reveal floral, delicate bluebells that break the spell of a world ruled by the unconscious. The recall of bluebells in the dream dimension, symbolizing the announcement and the report, the intrinsic message of a dream just ended. Predominates an ungendered style, where men and women mix and give way to real floral works of art, made in the form of clothes. So fashion reflects the mastery of feminine fluidity with the masculine rigor. It is the end of a dream and the beginning of reality. 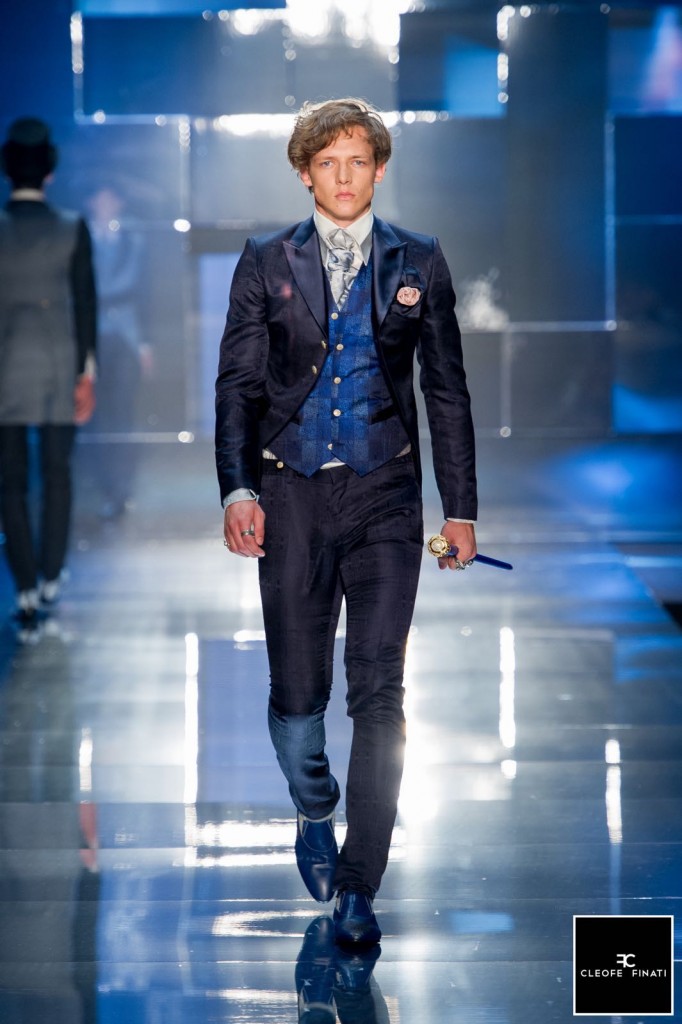 FLOWER MOSAIC
We let ourselves be enraptured by the call of a blink of an iridescent wings, like moths in the night chase effects of light that shine in a dreamlike atmosphere. Source of life and creativity, the beetle virility and renewal protects us and leads us into a magical three-dimensional maze dotted with flowers and buds, of innocent love symbols and youth. The dream becomes an esoteric place, almost magical refuge. The beetle as a source of life and eternal rebirth protects us and leads us into a rich world of contrasts where light and color create depth and dynamism to the design that comes from the paper to become fabric, to become highest inhabited relief from magical insects a rich flower garden. We kidnapped by the enchantment of the magical places inhabited but mystical creatures, and it is the absolute peace that pervades us in this oasis. We live the extrasensory experience a new and different world, distant from us yet so close that you just close your eyes to find it.

INSECT deco
We are dreaming, we are in the ’20s and jazz explodes in America while in Europe Dadaism is the protagonist. It’s 1925 and the Art Deco is manifested to us in all its elegance through tangles of silk yarns that reveal scrabbles as examples of absolute geometric perfection. Magic and esoteric figures, as talismans that protect us and wish us good luck.

A success re-elected every year for the Maison haute couture, more and more loved and appreciated by buyers, international press, influencers and VIPs, testimonials of excellence and good taste .
This year, special guest Daniel D’Ambrosio, who married the Cleofe Finati style, choosing a suit of the 2017 Collections for the day of his “yes, i do“. 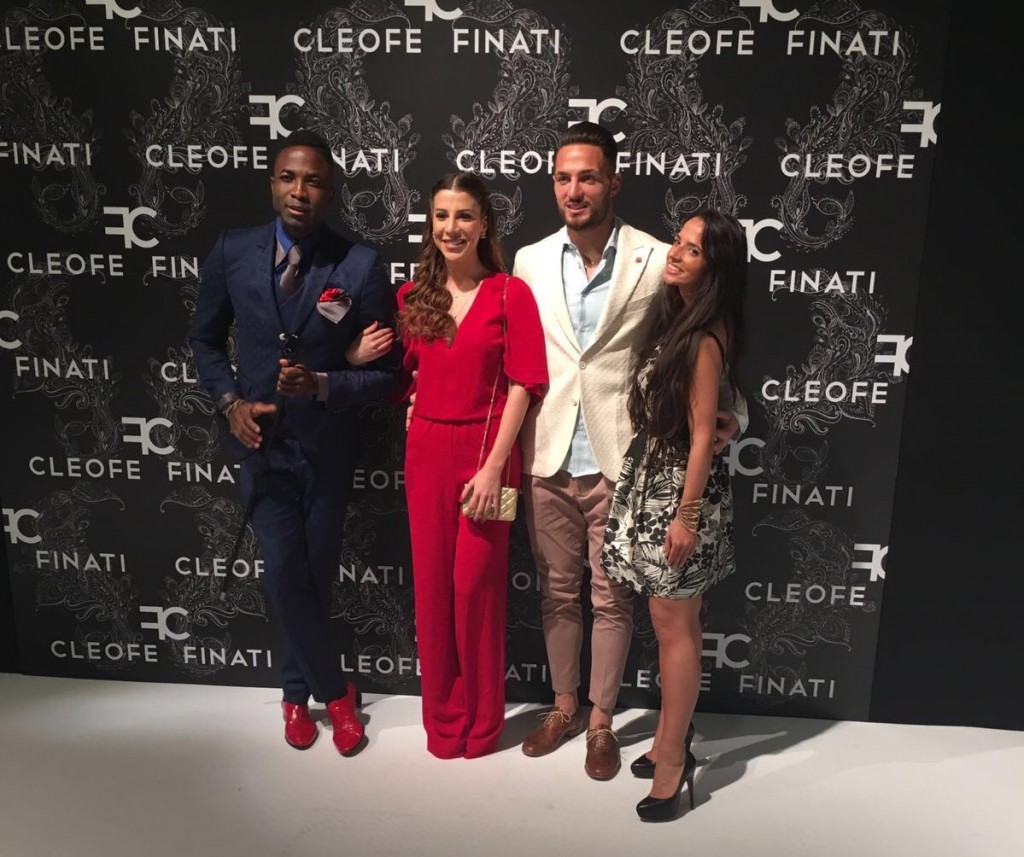 Following the fashion show, the well-known “party glam” Cleofe Finati at Terrazza Martini, in the heart of Milan, with testimonials, press and buyers, accompanied through a “dream night ” by the Team Archetipo and the Theatrical Group Anathema.

Every year Cleofe Finati by Archetipo amazes and enchants the world with its wonderful collections, confirming its position as worldwide leader in innovation and excellence 100% Made in Italy. 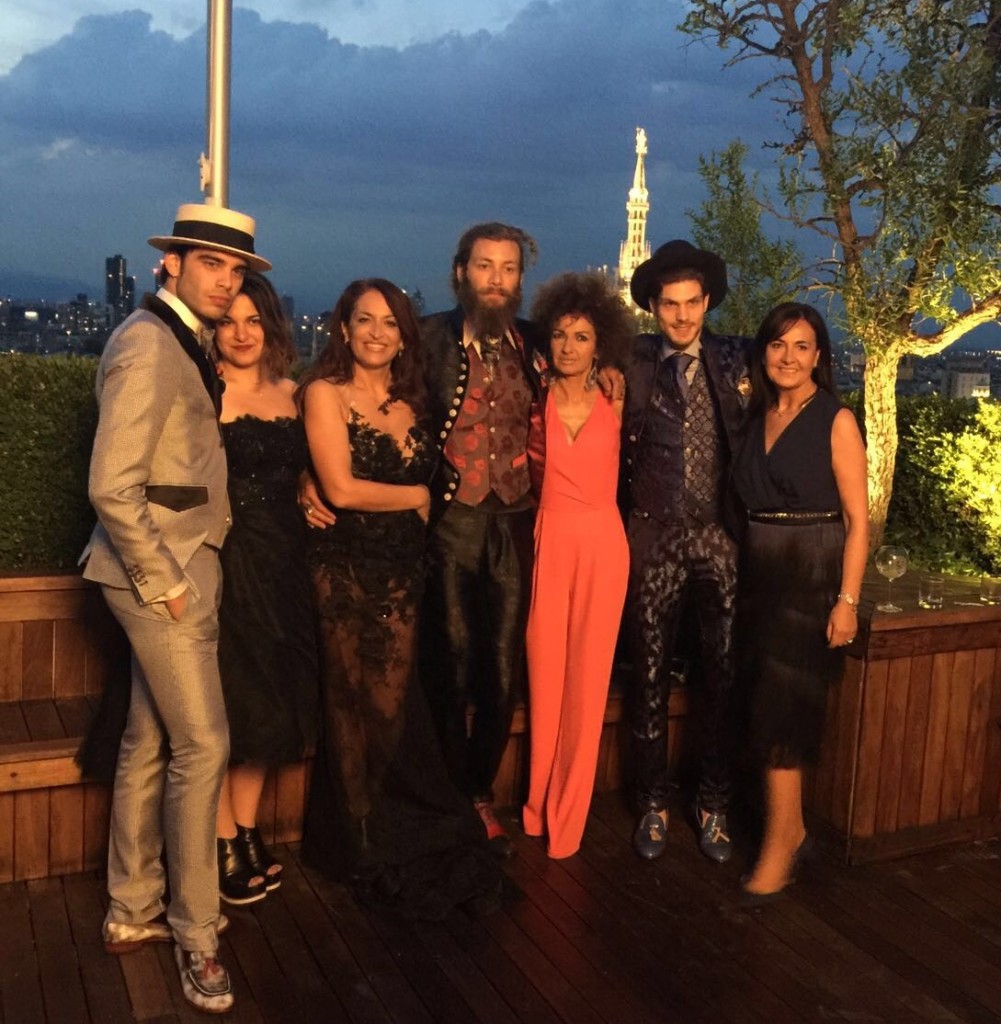 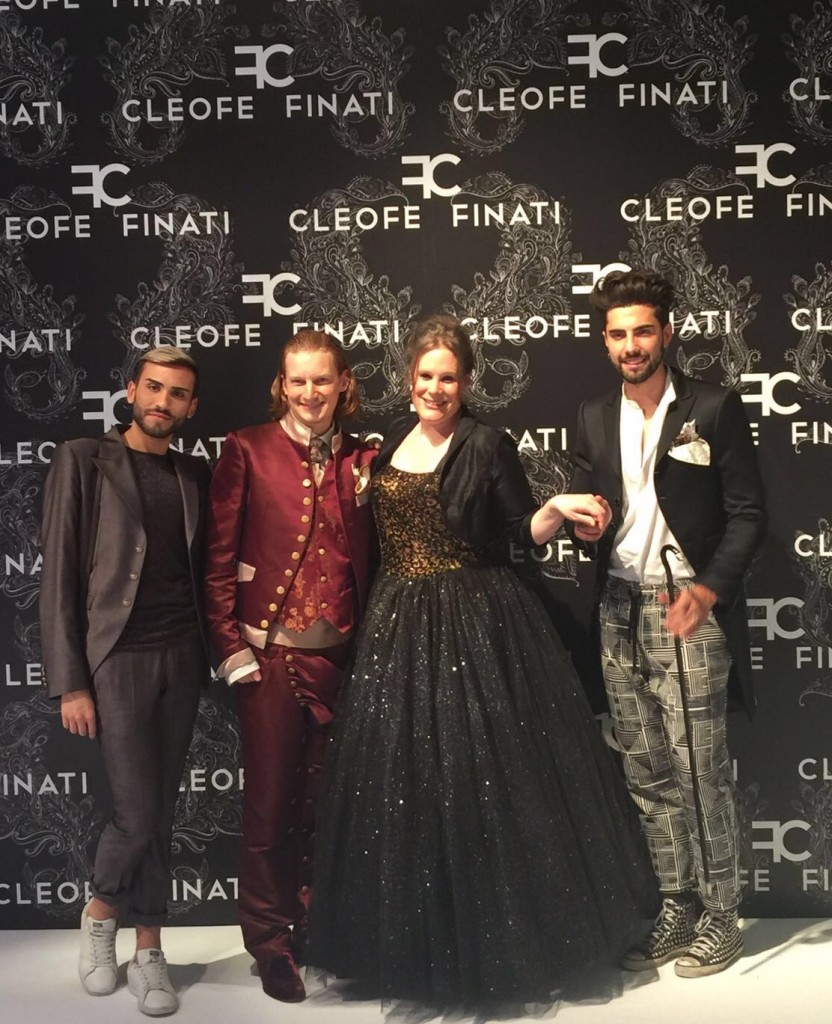 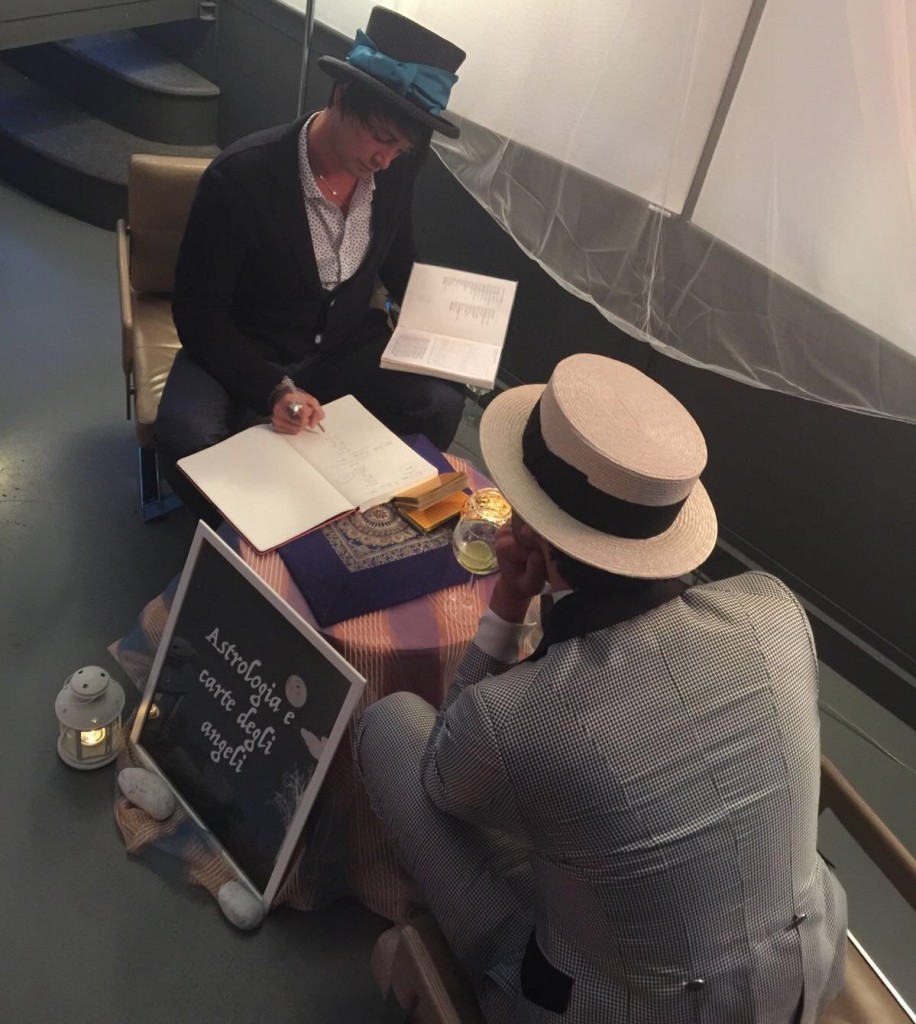 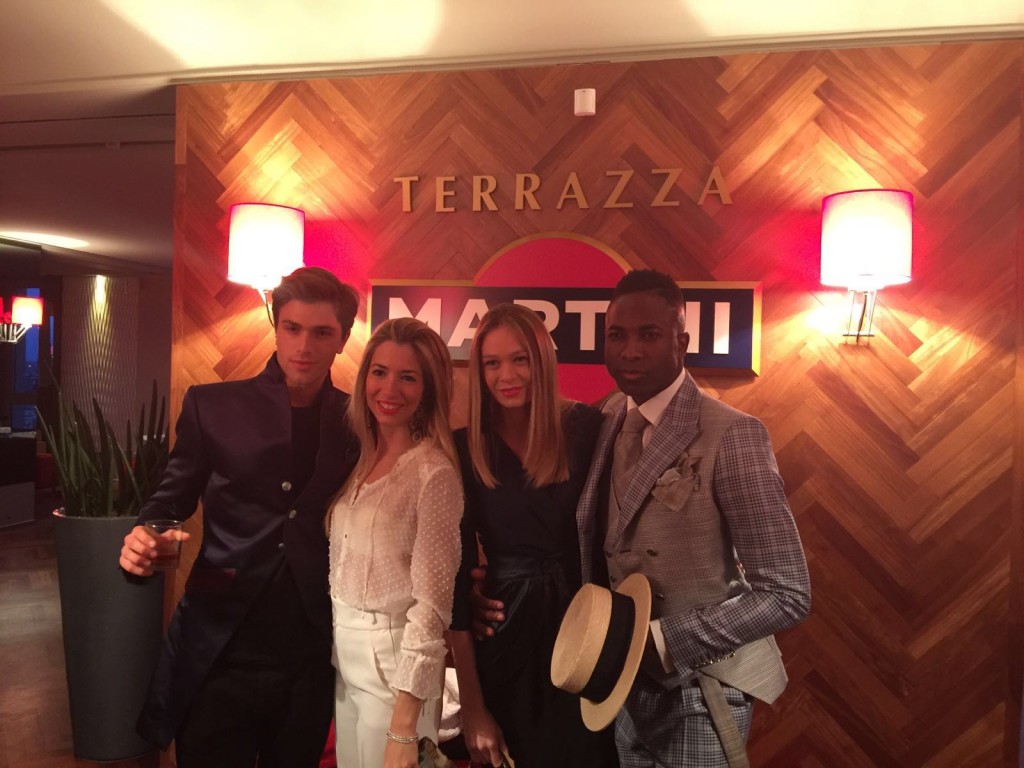