The Archetipo Team had the pleasure to interview Enrico and Martina, one of the couples on the top list of the photo contest “Archetipo Brides & Grooms” edition 2014. We congratulate the Italian couple to have reached the final stage of the competition and we invite Archetipo’s Blog readers to read their special story … 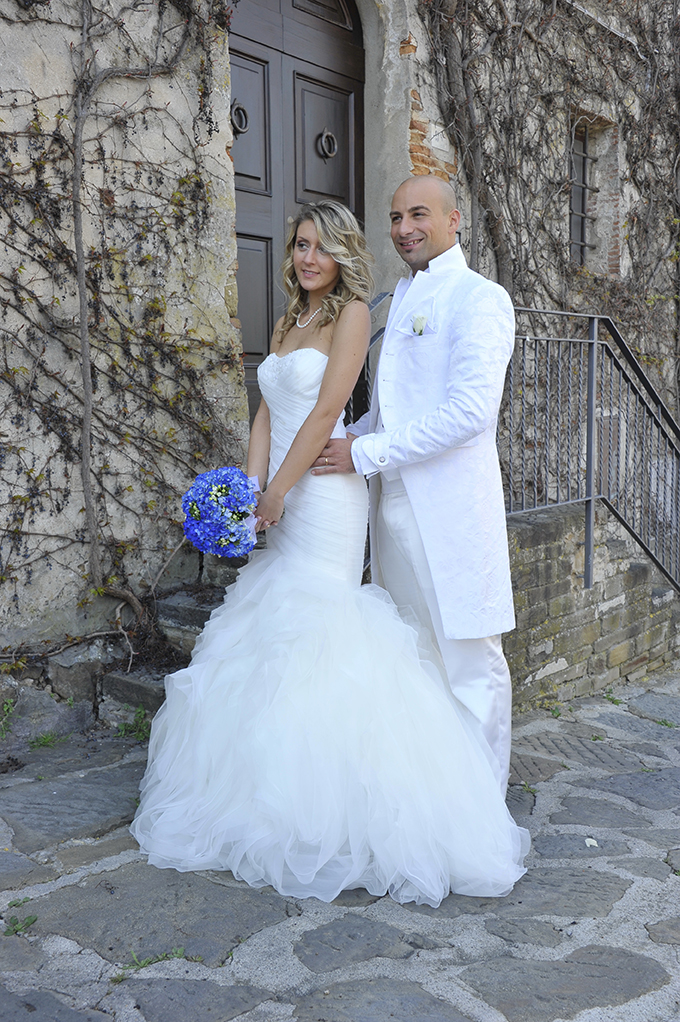 Can you tell us about your first kiss?
Our first kiss was 5 years ago. It was July, one of those beautiful warm as they were a few years ago. We were both working at a hotel on the sea during the summer season. After a long day of work we decided, after having already released a couple of times, to get ice cream out. Back at the hotel, overlooking the beautiful evening, we choose to take a walk on the beach. The water was warm and although we did not have the swimsuit, we decided to take a swim in the waves and the unforgettable first kiss under a full moon as never before…

Who made the proposal of marriage to the other? And how it was?
Martina: “The marriage proposal came the day of our fourth anniversary engagement, celebrated in a traditional restaurant in our area. A dinner as another between two engaged deeply in love, was not that sweet and at the time he gets up and goes to the bathroom. I thought taht there was something strange, because when we are out Enrico hardly rises from the table. So much time passed! I was almost worry but then I saw him coming… I will never forget that look. He sat down, looking at me and putting a ring made of paper on my finger and saying, “I made this with love for you. As you see it is because the next paper that you want to put the wedding ring finger will you marry me… My Love?” I replied: “Of course I will”. We symbolically burned together the ring of paper with the candle in that table, telling as it burned, “Forever”

Which was the first thought you had when you first saw yourself in the mirror wearing tyour Archetipo’s suit?
First of all I was looking for was a different, special and unique suit. I always dreamed of getting married even with a white suit, “color” that represents me at the most. So the search was not easy. After some not successful tests, we were aware of your site and style that offers your line. Found the shop not far from the house there was only to try. After some tests I found the model that’s right for me and not knowing how it would command it white. Upon arrival I was in apparel fibrillation. I had no idea how it could be. I decide to wear it looking as little as possible and once in front of the mirror the first thought was. “That’s the best choice” I tried a unique and unrepeatable emotion, I felt proud to have found what I was looking for, that for a person like me is not so easy.

Which was your first thought when you saw him wearing his Archetipo’s suit?
It was March 22, 2014 at 11:00 am, the square of Grosseto (the town where we live), was full of people who were waiting outside the Cathedral the bride. I was very excited and I went out of the car and started the steps that take you inside the church, my gaze pointing straight towards the end of the aisle where they remained enchanted. I thought: “It’s an Angel or is Enrico?”. While my father beside me closer and closer to him I thought to myself: “There’s no more perfect suit than this… he was dressed in white!!!”. That white that represents everything for its purity of mind, its splendor, its particularity and I melted them and I told him: “I knew you’d be dressed like that” despite i never saw a suit like this .

And now dedicate a song to each other…
Enrico: Surely the song dedicated to her and that most represents what I feel and I feel for her is: “Regalo più grande” by Tiziano Ferro. Because really for me it was like a gift to met someone so special.
Martina: I would dedicate to him a song by Laura Pausini. The title is: “Se non te” Because as the text says “non chiedo niente e non voglio niente se non te” 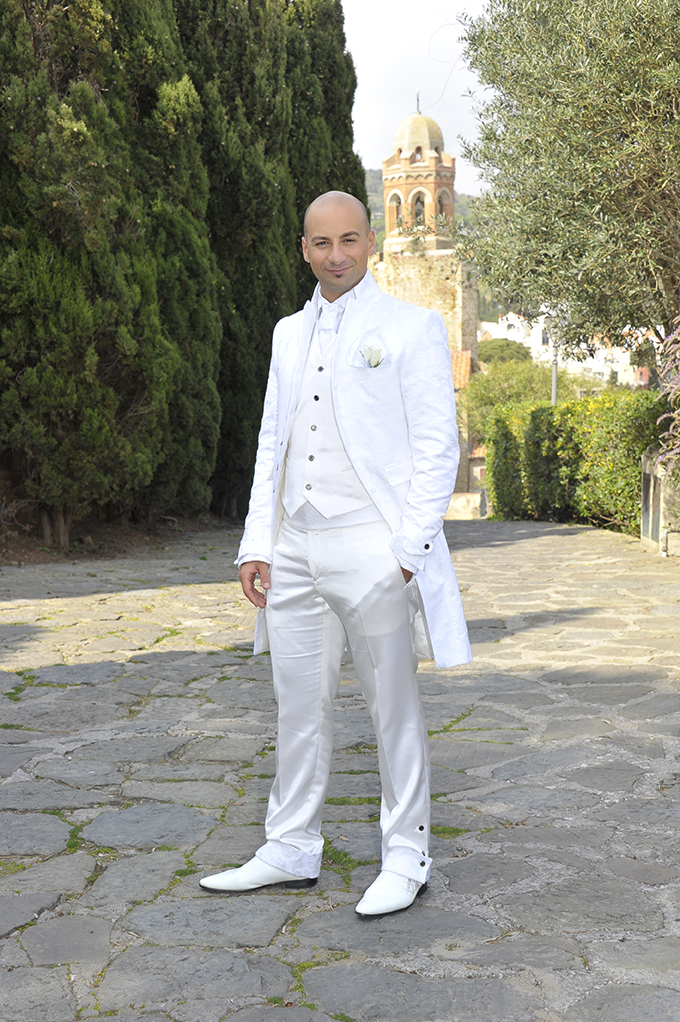 Now we turn some questions to Massimo Bernardeschi, owner of Massimo Boutique, where Enrico bought his gorgeous suit. Massimo, confident and reliable, for more than 25 years has followed with enthusiasm and professionalism many grooms. When you know him, you immediately appreciate his great experience and love for his work . 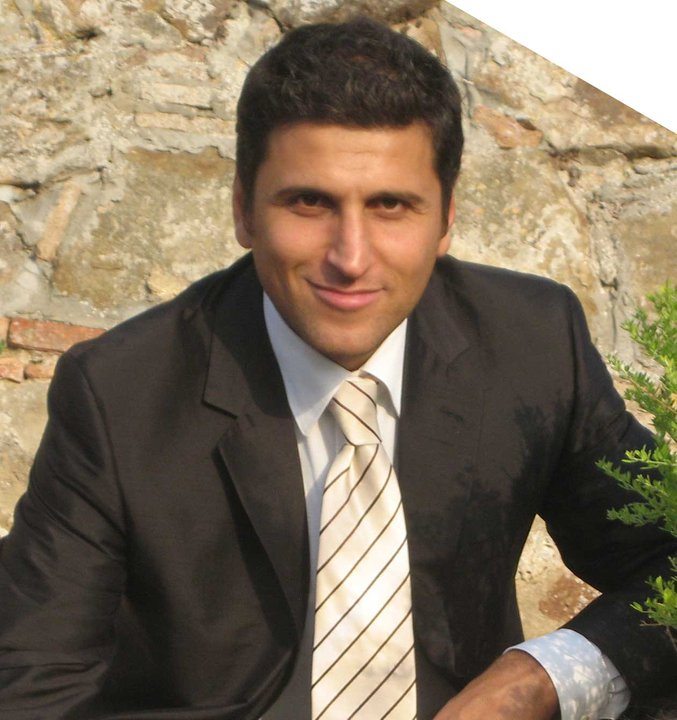 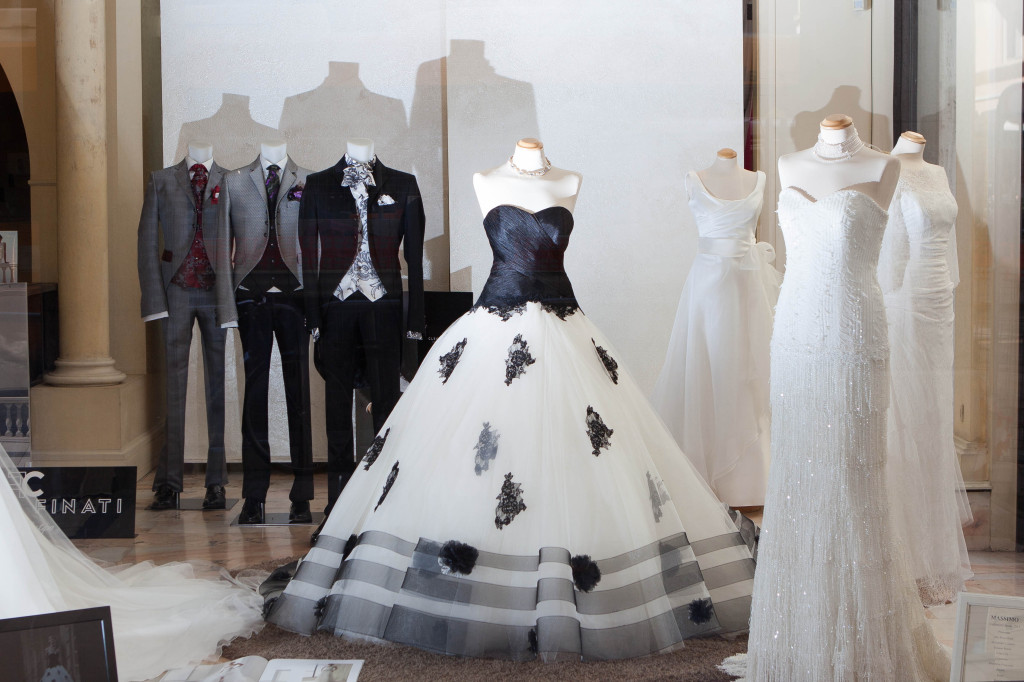 – Did the customer already know which suit he wanted, or did he rely on your advice and experience for making his choice? Enrico had a clear idea and asked me immediately a white and particular suit.

– How did you make the groom fall in love with his Archetipo suit? He immediately appreciated the unique style of the Archetipo’s collection, with the exclusivity and the high quality of its fabrics.

– Who on your staff helped the customer? What was the first thought when he first see the groom wearing his Archetipo suit? I assisted Enrico and when I saw the result I immediately thought that he was perfect.

Will be Enrico & Martina the winners of the contest?

If you like their photos, vote for them on Archetipo