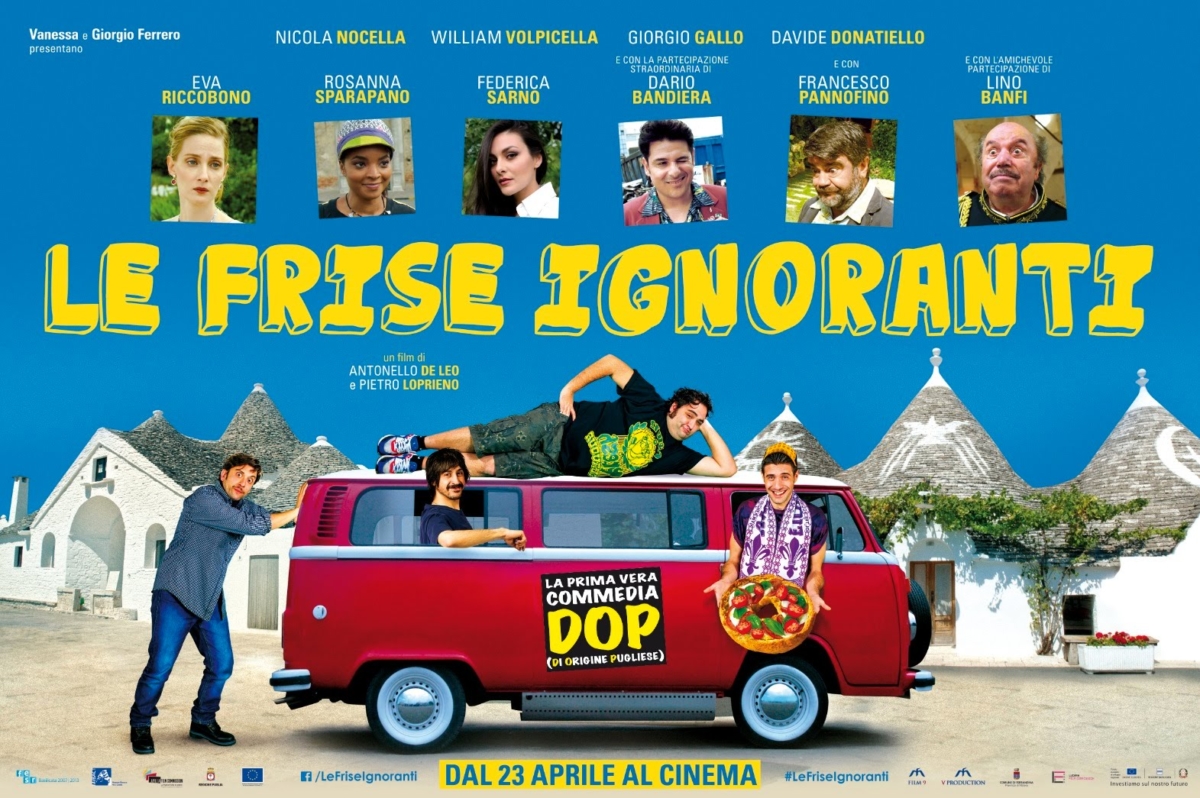 “Le Frise ignoranti” is the film written and directed by Antonello De Leo and Peter Lopresti, filmed between Puglia and Basilicata, where the Italian comedy is mixed to the adventure on the road. With Nicola Nocella, William Volpicella and the participation of Lino Banfi, Francesco Pannofino, Dario Bandiera and Eva Riccobono.
Special guests are the collections Cleofe Finati by Archetipo, that of course could not miss the 100% Made in Italy movie!

The film tells the story of Luca, thirty years boy from Puglia with a job he doesn’t like. He’s married to Catherine, an annoying girl, and for that he lives in a limbo, but fortunately, he can count on his friends. Suddenly Luca is reached by a terrible news: his father Mimmo has a tumor, and disappears, saying that he wants to commit suicide.
So Luca starts a journey in search of his father, that takes a thousand troubles, misunderstandings and bizarre events, through the provinces of Bari and Matera, in lands rich in traditions, that allows Luca to reflect on his marriage, the value of friendship and the deep meaning of what he really wants from life. For Luca and his friends finding Mimmo means rediscover themselves.

Cleofe Finati by Archetipo confirms its success in the cinema field. The company, in fact, has always been inclined, for the philosophy that distinguishes it, to develop strong partnerships with the most talented professionals of different artistic disciplines, and in this case has provided the suits of its Cleofe Finati by Archetipo collections for the protagonists of the film.

“Le Frise ignoranti” and the Cleofe Finati by Archetipo collections await you starting from today in the best Italian cinemas…
have a good vision!