The Archetipo Team had the pleasure to interview Antonio & Maria Grazia, one of the couples on the top list of the photo contest  “Archetipo Brides & Grooms” edition 2014. We congratulate the Italian couple to reach the final stage of the competition and we invite Archetipo’s Blog readers to read their special story… 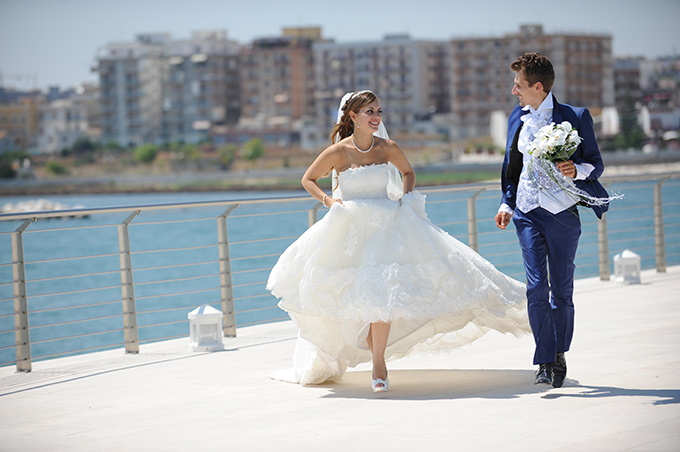 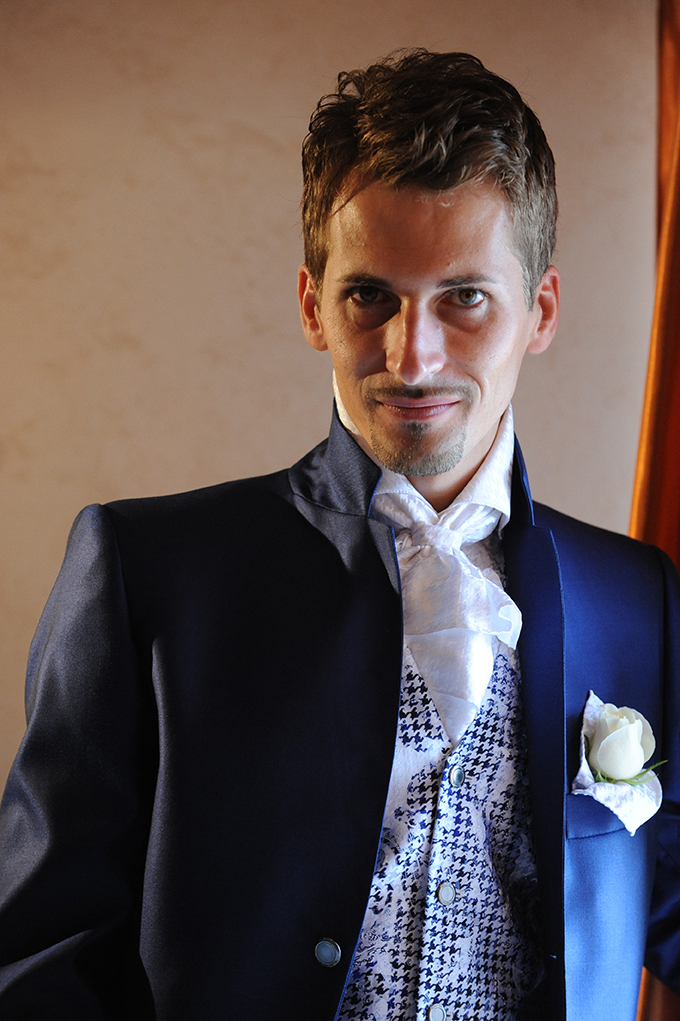 – Can you talk about your first kiss? Maria Grazia: We met a few days before at a concert in memory of Lucio Battisti, Antonio played the violoncello in the orchestra. We remember it as it was yesterday, against the backdrop of a warm late summer night , the moon and the sea witnesses of that first kiss, with the sand between your feet and the throbbing hearts of emotion, it was August 30, 2003… Antonio: Unforgettable … we were immersed in the world around us while we were gone. It was just me and her and the time ticked only for us, in the crowd, unaware of everything and heedless of others.

– Who did the proposal of marriage to the other? And how was it? Maria Grazia: On the 11th and 12th of December we went to Venice for a romantic weekend, everything was wrapped in magic, it was 2010. After a wonderful day in the alleys of this young city, we arrived in the evening on the Bridge, where my husband with a beautiful declaration of love asked me to marry him, pulling out of his coat a ring that put on my finger after he pulled the glove with his magic touch. Antonio: It’s hard to tell. I turned Venice for a whole day with the case of the ring stuck in the pocket of my coat! My first idea, that marked my mind ever since i had the idea to marry her, was a classic gondola’s ride… “Awesome, can not wait! ” I told myself . But it did not go well . When a gondolier came to ask us to enjoy some corners of Venice across the lagoon with his gondola, with the use of the left hand (in your pocket), I tried to slide out the case place in the inside pocket of the coat so I could be ready, for the valuable event. I could not!!! The case was stuck in my pocket and I would never be able to pull it off without “unobtrusively”! Imagine the proposal of the gondolier, an ambitious boy and a stuck ring! She said, “Honey, what’s wrong? All right? What do you say? Didn’t you want to go by gondola?” We refused with the intent to return and we continued our walk. We went to dinner and later, during the return to the hotel, I was finally able to “unleash” my ring. And so, on the deck of the Spires I stopped her. Begins to tremble strangely (but only because it was cold!!!), looking into her eyes I slowly took off the gloves while I spoke to the two of us together until then. I handed the box (which at that time I was cursing!), telling the famous words, and, suddenly, a burst is from her lips. The sweatest “yes” of my life!

– Question for him: which was the first thought you had when you saw yourself in the mirror wearing the Archetipo’s suit? Wow, very nice! Today is not only the bride to be observed. After the wedding I’ll buy another one!

– Question for her: what was your first thought when you saw him wearing the Archetipo’s suit? When I saw my husband with the Archetipo’s suit he seemed a prince, just like in fairy tales; I was struck by the elegance, originality, bright color, simply unique.

Will be Antonio e Maria Grazia the winners of the contest?
If you like their photo, vote for them at Archetipo