The Cleofe Finati Team is proud to introduce you a new category of the Blog. We are talking about “Love Pride”, a category similar to “Real Weddings” except for the fact that in “Love Pride” we tell stories about the amazing gay couples who decided to get married in Cleofe Finati. 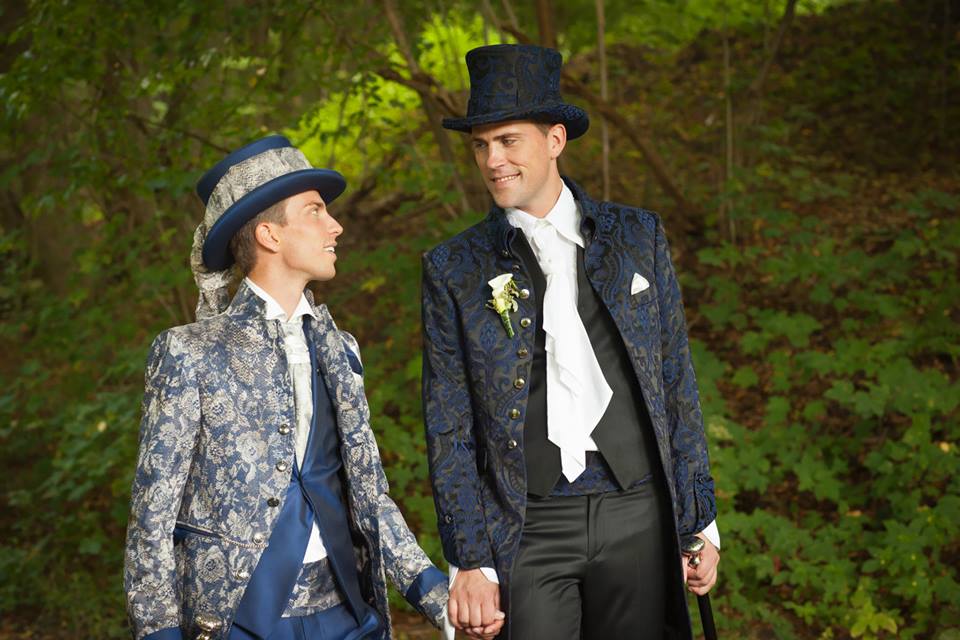 In the first article of ” Love Pride” we decided to talk about the beautiful love story of Marco & Stephan…
Here is how theyr story has begun: 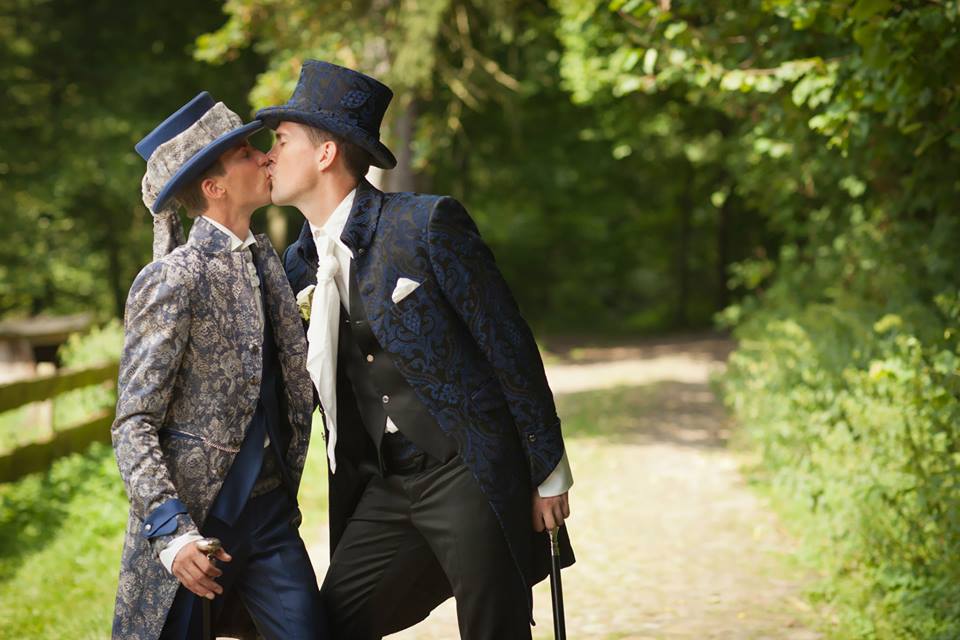 Stephan and Marco met each other in 2007, on the gay dating website “Gayromeo”. During that time, Stephan was living in Stralsund in North Eastern Germany and was doing an apprenticeship as a medical nurse. Marco lived in Hamburg and worked as a Product Manager for a major German telecommunication company.
They decided to meet in real life and from the very beginning, for both of them it was clear, that they just met the love of their lives. Althoungh Stephan was only 19, and Marco only 26, they decided to live together in Hamburg. So Stephan moved to Marco and from that time on, they live together in Hamburg in Northern Germany.
It was a classical “Love on first sight” thing – they both knew that from the very first day they met each other. And then everything happened very fast.

Marco and Stephan both did not face major social obstacles for being gay in society. Within their families it was accepted, although it took a while until every familiy member got used to the fact, that they both live in a homosexual relationship.
Living together, making friends, traveling together – all they do is pretty much the same as in a straight relationship.
They don´t see a lot of major differences between a straight and homosexual relationship, because the problems and joys are the same. 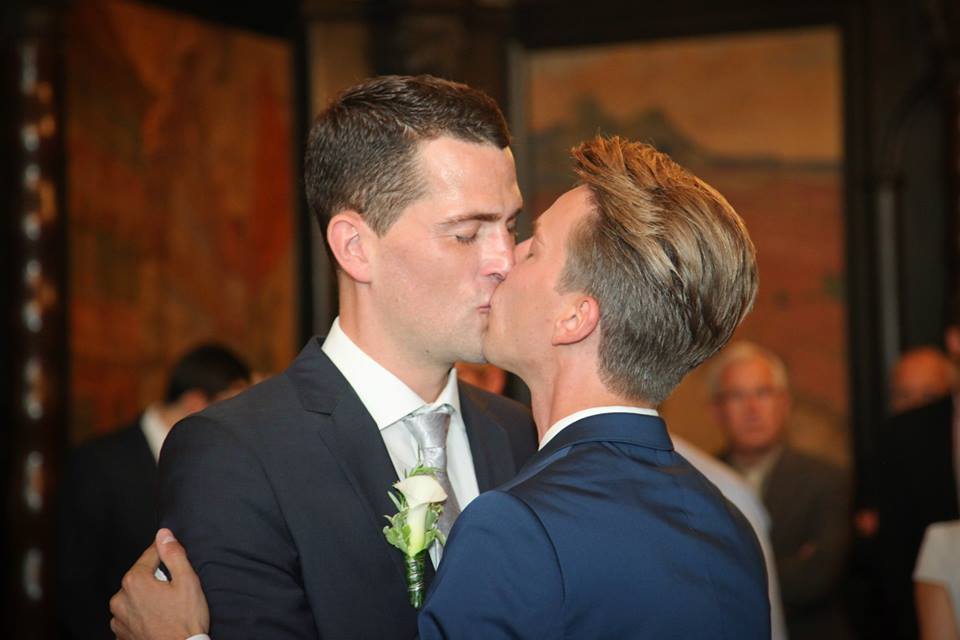 Although the general society is very open towards gay relationships and gay marriage, there are still a lot of people who want to let them know, that they are 2nd class citizen. But in everyday life, they don´t have contact with offensive attacks from homophobic persons.
They have a lot of homosexual and straight friends and they live a completely “normal” life – maybe sometimes with a bit more drama and “gayness”.

They got married in Cleofe Finati suits in the beautiful location of Hotel Waldesruh am See. The Videomaker of their wedding was Mr. Martin Grimm (www.foreverfilms.de), while the Ph was Mrs. Maren Martens, everithing was accomapined by the singer Mrs. Lis Bayer-Eynck. 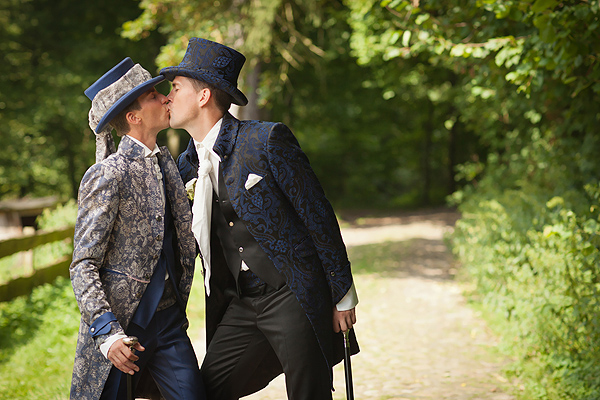 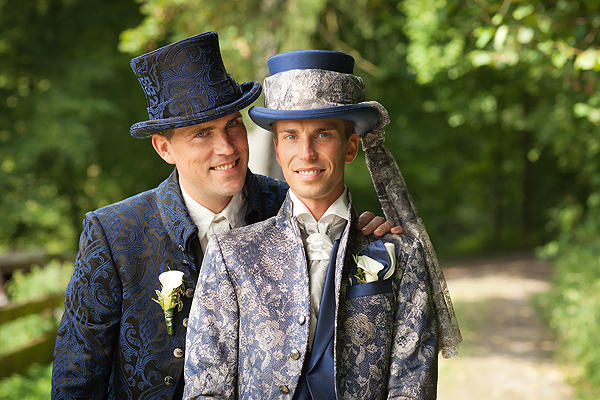 If you liked their love story, vote for them photos here