The Archetipo Team had the pleasure to interview Beniamino & Teresa, one of the couples on the top list of the photo contest “Archetipo Brides & Grooms” edition 2014. We congratulate the couple to have reached the final stage of the competition and we invite Archetipo’s Blog readers to read their special story… 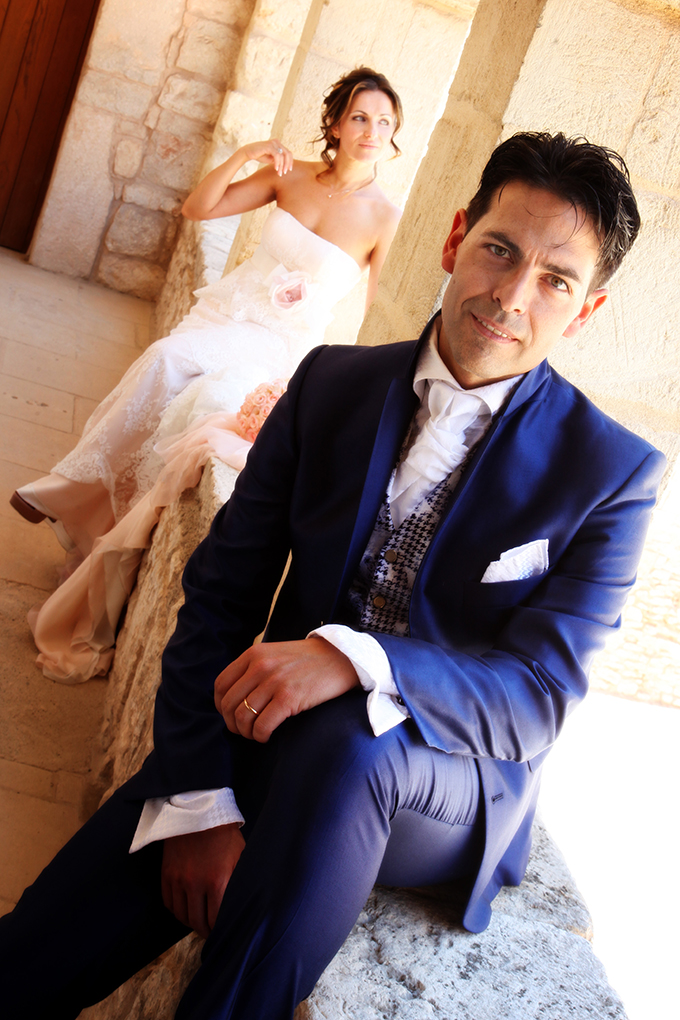 Talk about your first kiss, please
Our first kiss took place by the sea on a beautiful day in July, to be precise on July the 10, 2009, in a small cove on the coast of Puglia in the province of Bari. It was a small leak improvised during a normal workday in which after an assiduous courtship, the chance of a break for coffee, with the complicity of the sun and the sea has become the beginning of a beautiful love story.

Question for him: Which was your first thought when you saw yourself in the mirrow wearing your Archetipo’s suit?
Actually I had already seen the suit I chose in the catalog, and I didn’t like it as in the picture, it had a different effect from reality. But after trying different types of suits initially wanted by me , not being happy with the result the retailer, according to my mother, prompted me to try the suit, worn once, I was positively surprised as the real color and the convenience of the tissues gave me a light and a natural movement that I never imagined and this convinced me immediately. Besides the type of suit, it was particularly suitable to the location we chose for the ceremony or a medieval castle.

Question for her: Which was your first thought when you saw him wearing his Archetipo’s suit?
How wonderful is my husband!!! Finally a groom with a dress suitable for a ceremony so important and that stands out like the bride.

And now dedicate a song to each other…
For her: Max Pezzali – Una canzone d’amore
For him: Jovanotti – A Te. 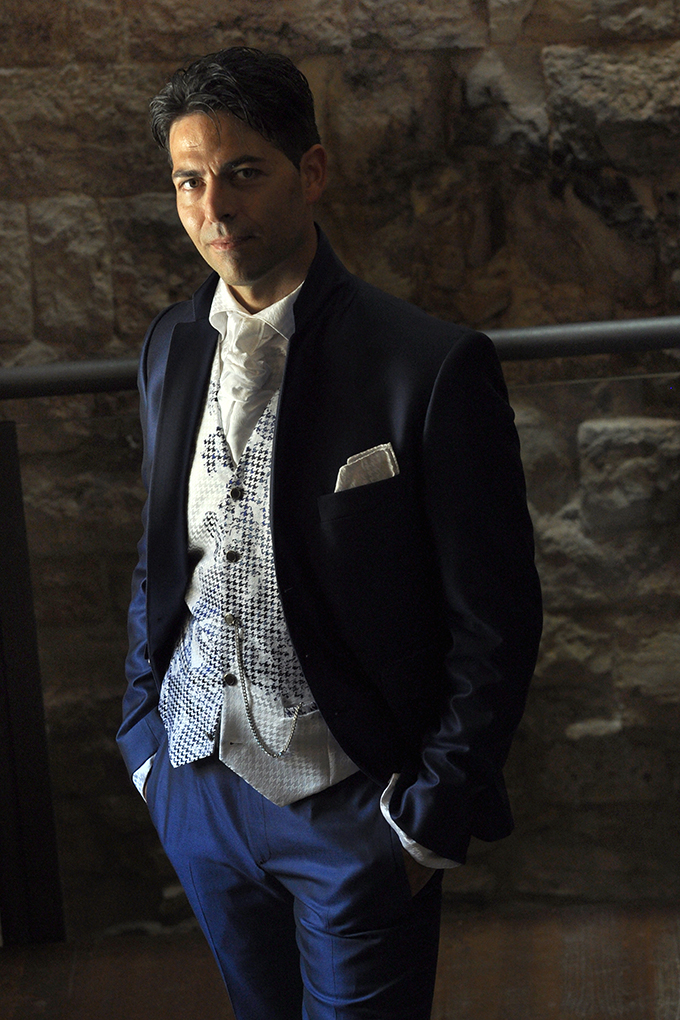 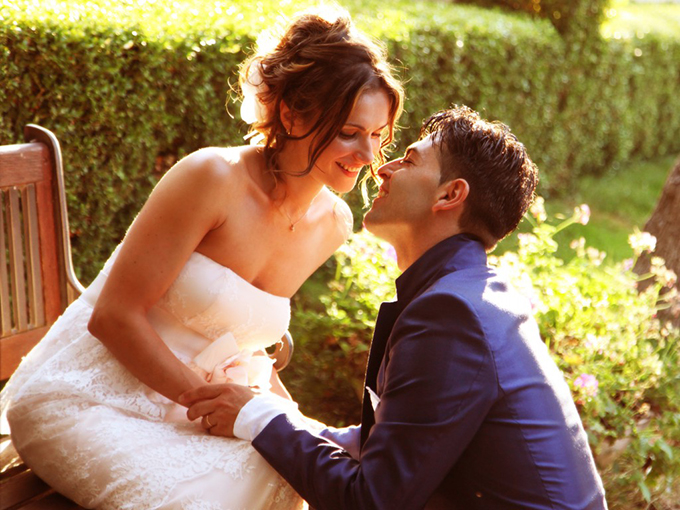 Will be Beniamino & Teresa the winners of the contest?
If you like their photos, vote for them on Archetipo’s website